The Wooks Return To Louisville With The Lil Smokies At Zanzabar

Kentucky is known as the bluegrass state. Some days, I’m not sure if it’s due to all the beautiful horse farms or the fact that bluegrass music was born here. At any rate, we’re going with the latter for this article. One of the finest bluegrass bands around is based right here in Bourbon County, which is also where Capture Kentucky happens to call home. That may be a force that would cause many to be biased towards an artist. A little hometown love. That isn’t who we are here at Capture Kentucky. We promise you that we will never just put our name on something that we don’t believe in. If we write about anything, it will be sincere and honest. We also promise that we will never be negative towards an art form or artist. We don’t have time for negativity. If we don’t like something, we don’t write about it or at the very least, we will find something positive to include. But I digress, the purpose of this article is to share our thoughts on the recent transitions that have taken place within The Wooks and how they’ve shaped the live show. END_OF_DOCUMENT_TOKEN_TO_BE_REPLACED

Here in Kentucky, horses are royalty. Which is why the Kentucky Horse Park even exists in the first place. A few years ago, the Alltech Arena was built at the Horse Park when Lexington was chosen to host the World Equestrian Games. Since then, in my humble opinion, it’s the least utilized venue in our area and that’s truly a shame. So when I read about the premise behind Bulls, Bands and Barrels, I knew that this event was the PERFECT event to utilize this world-class facility.

The idea behind Bulls, Bands and Barrels is pretty self-explanatory, but for reference, the event has competitions for bull riding, barrel racing with horse and rider and well…bands. There were two acts playing after the rodeo portion of the event, Muscadine Bloodline and Kentucky’s own, Tyler Childers. END_OF_DOCUMENT_TOKEN_TO_BE_REPLACED

Spotted! The Wooks Brought Some Local Honeys To Cosmic Charlie’s!

For a long time, Lexington, KY’s music scene languished, seemingly never able to realize it’s identity and enjoy the talents of those in this area. There were spurts that gave it life, but it seemed that no one knew what could be done to bring everyone together. In the last 15 years, the scene has seen some amazing musicians, many of which picked up and left to make their mark elsewhere. The loss of the Dame certainly set back the scene for years, but right now the scene is vibrant and booming.

Sure some venues have survived and even thrived, but it’s the last five years that has built a community that really supports artists. Maybe it’s all the local craft beers. Maybe it’s the plethora of venues we have once again. Maybe it’s just a shift in culture. Maybe it’s the success of so many great Kentucky artists that rekindled a spark for live music. Or maybe it’s just that Lexington found its’ identity. Craft beer, bourbon and venues that know their audience have all helped build it up, but at its core, I feel it’s the talent that has grown immensely. The music is now its own force to be reckoned with and artists like Sundy Best have brought people together to be a part of something bigger than themselves.

END_OF_DOCUMENT_TOKEN_TO_BE_REPLACED

Tyler Childers Returns Home To The MAC In Prestonsburg

I’ve got an admission to make. Tyler Childers has blossomed into a genuine star and he has done so, right under my nose. I ran UnsungMelody.Com for years, but stepped away to ready my son for college. In that nearly two year span, Tyler and his band, The Food Stamps, have toured relentlessly and built a huge underground following.

Now, I wasn’t totally oblivious to him, we did manage to snap a photo of him at the one and only “Buckle Up Fest” held in Cincinnati. (You can see that coverage here.) BUT, until I began Capture Kentucky back in April of this year, he had slipped off my radar.

As I began researching for my coverage of the 2017 edition of The Moonshiner’s Ball, I rediscovered Tyler with a little nudging from another photographer, Jennifer Buckler. She assured me that Tyler was a do-not-miss performance and I’m forever grateful to her for that. END_OF_DOCUMENT_TOKEN_TO_BE_REPLACED

PHOTOS: Drive-By Truckers and Tyler Childers At The Forum In Hazard, KY 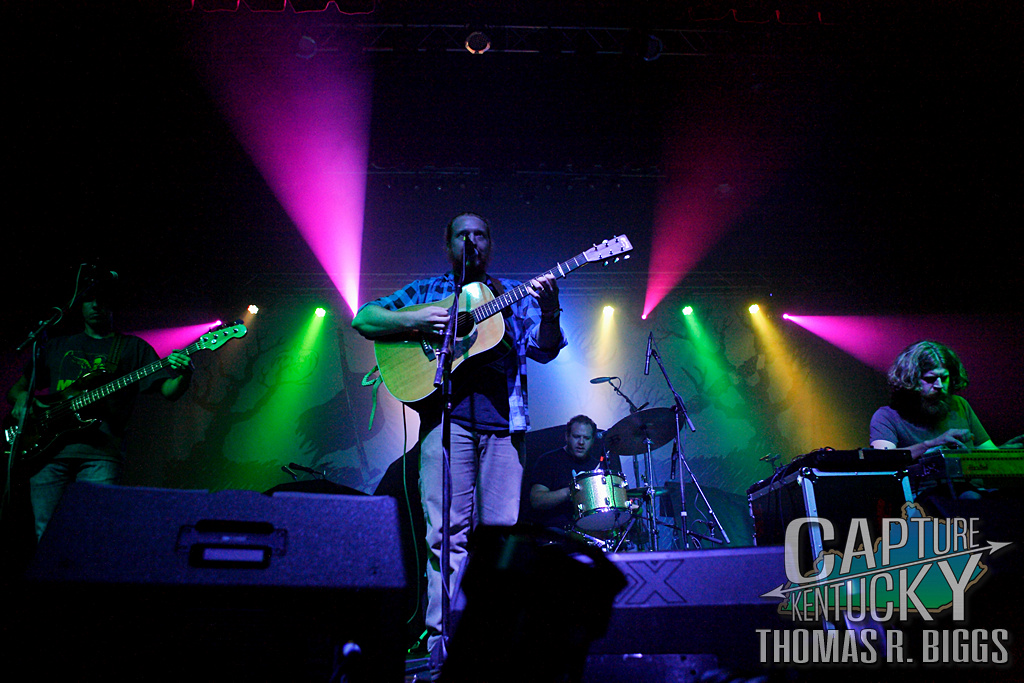 Unless you live under a rock, you’ve likely ran across an article on the latest Kentucky sensation, Tyler Childers. At the very least, you’ve seen Tyler’s name attached to another of Kentucky’s musical treasures in Sturgill Simpson. Some have even compared Tyler’s songwriting abilities to that of yet another Eastern Kentuckian in Chris Stapleton.

I’m here to set the record straight once and for all. Tyler Childers is neither of those artists. He is simply Tyler Childers. His voice is END_OF_DOCUMENT_TOKEN_TO_BE_REPLACED

Tyler Childers with NewTown at The Mountain Arts Center in Prestonsburg, KY

I’ll be honest, going into this summer I wasn’t a very big bluegrass fan. After spending a weekend at The Master Musicians Festival listening to The Wooks, The Local Honeys and now NewTown I’m beginning to have a change of heart.

NewTown calls Lexington, Kentucky home but they play like they are from the hollow down the road! For those of you that don’t know where I live, I live in the Appalachian mountains of Kentucky. Saying they play like they are from a hollow down the road is definitely a compliment!! Kati Penn, JR Williams, Travis Anderson, Hayes Griffin and Mitchell Cannon entertained the MAC crowd with their blend of acoustic, bluegrass and Americana music. With songs like “Never Gonna Change” ”Feast of the Gryphon” ”Dublin Blues” “Gonna take a Train” and a super cover of Tyler Childers own “Harlan Road” which is also the name NewTown’s latest album. Pick one of their three albums up, you will not be sorry! END_OF_DOCUMENT_TOKEN_TO_BE_REPLACED

The Moonshiner’s Ball – Day Two. Does It Get Any Better?

After one of the best days of live music that I’ve personally experienced, I came into day two of The Moonshiner’s Ball with lower expectations. Why? Because the bar was set so high, there was no way day two could top day one. Right? Wrong. Wrong on every level. END_OF_DOCUMENT_TOKEN_TO_BE_REPLACED